Home Uncategorized “Lady Kai” goes to temple – “if I did wrong may I be struck down!”
Uncategorized
July 7, 2016 stefan 0 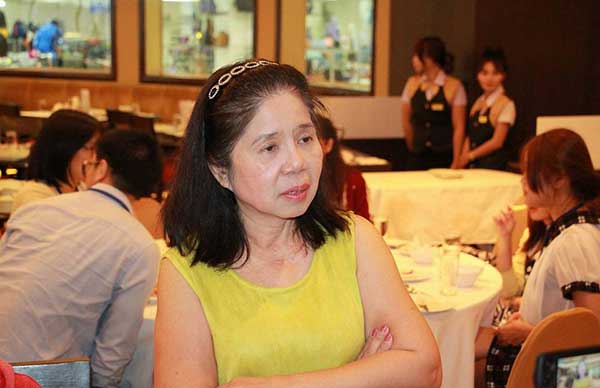 BANGKOK: — The woman at the center of a major scandal gripping Thailand has gone to a northern temple to pay her respects to a famous monk. She told reporters that she swore an oath that if she has done wrong then “may she be struck down”. But if her accusers have done wrong and stolen from her “may they face everything coming to them”.

Lady Kai – who is not titled at all,just plain Monta Yokratanakan – is at the center of an alleged human trafficking case that is beginning to look murkier by the day. It has now been alleged that it could lead to senior politicians, top brass police and members of the army.

Claims have been made by alleged victims of “Lady Kai” that she tried to persuade girls under the age of 18 to go and be “looked after” by rich men gambling at casinos. Victims have claimed they were being enticed to Hong Kong. When they refused to go it is said that Lady Kai filed false accusations of theft against them.

One woman at least was jailed and one engineering student was held for several months before blowing the case open with a counter claim against the fake lady citing false and malicious accusations.

Lady Kai had visited the temple of Wat Yai in Phitsanulok and talked to reporters at the Topland Hotel after. She said she had often come to pay respects to a senior figure there, Phra Phut Chinarat.

“I told him that if I did wrong may I face unpleasant consequences in my life. But if these people stole from me let just good things flow in my direction. If I did wrong I should be struck down but if they did (referring to the claimants) let them be struck down.”

She asserted that she would face a request to meet prosecutors on Sunday. She was not fleeing.

“I am just living my normal life, ” she claimed, “I am not fleeing anywhere. Society seems to have decided I am guilty. Some media have decided that I am guilty. I just have the court available to me to defend myself.”

She complained about the lawyer for the complainants throwing accusations at her about human trafficking saying that a court would decide. Regarding her fake title she said “oh, don’t worry about that.

This is a case of theft pure and simple. It is really not a big deal as some have made out. I never caused anyone to be jailed”.

Prosecutors are unlikely to agree. Indeed a case is being made that the law was broken in terms of claims made about her status. Police have suggested a statute whereby she may be prosecuted.

On the issue of her title Lady Kai expounded about her bountiful philanthropy in helping the underprivileged. “It was other people who called me Ying Kai (Lady Kai) out of gratitude. They sometimes even referred to me as Khun Ying Kai”.

People allowed to use that title are invariably members of or close relations to the Royal Family.

“It is not self promotion,” she opined.”I can’t stop them calling me that, it is up to them. But my employees just called me “boss”.”

She denied all charges against her adding: “The courts will decide. People should realize we are in an age of democracy and we must obey the decision of the courts”.

Her lawyer beside her at all times confirmed that she was yet to read formal notification of the request to meet investigators on Sunday but they had heard about it in the media and she would be there.

The family of the first year engineering student Koy – all of whom were accused of a 10 million baht theft – have claimed that they left Lady Kai’s employ after Koy had been pestered about working in Hong Kong where she was told she could earn between 2-5 million baht.

They have claimed this was to be servicing rich businessmen at casinos abroad and they further claim that others under 18 are involved and that the case reaches up to politicians and senior figures in the police and army.